Hello everyone:
Today is our last class.
I hope you enjoyed our classes. It was a pleasure to have you as students.
CU around next year
Happy New Year & Merry Xmas
Liliana
Posted by Liliana Simón at 3:23 PM 6 comments:

Diego Armando Maradona
He was born on 30th October 1960 in Lanús, Buenos Aires.

He is a former Argentine football player, and current manager of the Argentine national team. He is considered by many to be the greatest player of all time; he finished first in an internet vote for the FIFA Player of the Century award, and he shared the award with Pelé.
Over the course of his professional club career Maradona played for Argentinos Juniors, Boca Juniors, Barcelona, Newell's Old Boys and, most distinguishedly, Napoli, setting world-record contract fees. In his international career, playing for Argentina, he earned 91 caps and scored 34 goals. He played in four FIFA World Cup tournaments, including the 1986 World Cup where he captained Argentina and led them to their victory over West Germany in the final, winning the Golden Ball award as the tournament's best player. In that same tournament's quarter-final round he scored two goals in a 2-1 victory over England that entered soccer history, though for two very different reasons. The first goal was an unpenalized handball known as the "Hand of God", while the second goal was a spectacular 60-metre weave through six England players, commonly referred to as "The Goal of the Century".
Adaptedfrom:
Posted by Liliana Simón at 4:16 PM No comments:

Michael Jeffrey Jordan was born on February 17th in 1963. He is a retired American professional basketball player and active businessman. After a standout career at the University of North Carolina at Chapel Hill, joined the NBA's Chicago Bulls in 1984. He quickly emerged as a league star, entertaining crowds with his prolific scoring. His leaping ability, illustrated by performing slam dunks from the free throw line in slam dunk contests, earned him the nicknames "Air Jordan". He also gained a reputation for being one of the best defensive players in basketball. In 1991, he won his first NBA championship with the Bulls, and followed that achievement with titles in 1992 and 1993, securing a "three-peat". Although Jordan abruptly retired from basketball at the beginning of the 1993–94 NBA season to pursue a career in baseball, he rejoined the Bulls in 1995 and led them to three additional championships (1996, 1997, and 1998) as well as an NBA-record 72 regular-season wins in the 1995–96 season. retired for a second time in 1999, but returned for two more NBA seasons in 2001 as a member of the Washington Wizards. In 1999, he was named the greatest North American athlete of the 20th century by ESPN.

Posted by Liliana Simón at 4:08 PM No comments:

A famous football player by Matìas 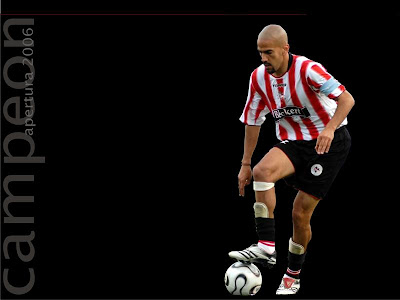 Juan Sebastián Verón was born in 1975. He is an Argentine professional football player who currently plays as a midfielder for Estudiantes de La Plata in the Argentine first division, of which he is captain..H, his father, Juan Ramón, who was known as La Bruja was also a championship winning player with Estudiantes.
He played in different teams of the world; he played in Estudiantes de La Plata, Boca juniors, Sampdoria, Parma, Lazio, Manchester United, Chelsea, and Internazionale of Milán.
And now he plays for Estudiantes the La Plata and, in my opinion he is the best player of Estudiantes.
He won the Apertura 2006 and the Copa Libertadores of America in 2009
Posted by Liliana Simón at 4:15 PM No comments:

A celebrity by Dani 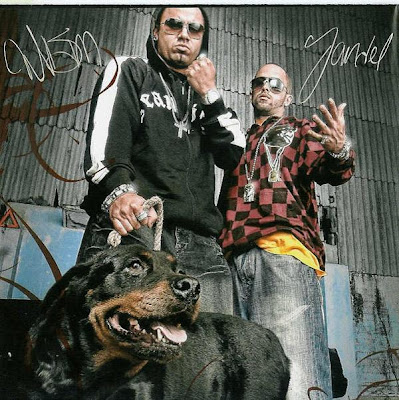 Wisin & Yandel are a Puerto Rico Grammy, Latin Grammy and American Grammy-winning reggaeton duo, consisting of Llandel Veguilla Malavé Salazar (Yandel) and Juan Luis Morera Luna (Wisin). They started their career in 1995 and have been together since, winning several awards during that time.
Their biggest hits are "Rakata", "Llamé Pa' Verte (Bailando Sexy)", "Pam Pam", "Sexy Movimiento", "Pegao", and "Síguelo". Wisin & Yandel have collaborated with internationally known artists such as R. Kelly on "Burn It Up", Paris Hilton on the reggaeton remix to her debut single "Stars Are Blind", Lenny Kravitz on "Breathe" (a promotional song for Absolute Vodka), Mexican Pop group RBD on "Lento (Remix)", and compatriots La Secta All-Star on "Llora Mi Corazón".
Biography
Yandel was born on January 14, 1977 & Wisin was born on December 19, 1978.[citation needed] Yandel has two sons with his wife, Adrián and Derek. Wisin married his wife on July 26, 2008, in a ceremony that took place in a restaurant of Cayey, Puerto Rico.[1] The couple have a daughter, Yelena.[2] Yandel who was the ceremony's best man, is also the godfather of Wisin's daughter.[1]
WY Records
WY Records (pronounced "Doble Uuh Why Records") is a Puerto Rican record label founded by the popular reggaeton duo Wisin & Yandel. WY Records is set to be the strongest and the #1 label from singers of Reggaeton after taking Daddy Yankee's El Cartel Records position number 1 and putting Don Omar's All Star Records in third place.
Taken from Wikipedia:
http://en.wikipedia.org/wiki/Wisin_&_Yandel
Posted by Liliana Simón at 4:08 PM No comments:

Diego Capusotto was born in Castelar, Buenos Aires Province, Argentina on Septembe 21, 1961, but moved to Villa Luro neighborhood of Buenos Aires when he was 7, where he lived for three decades.At 25, he began to study acting at the Arlequines Theater. He has starred in 6 movies. The first, Zapada (1999). He followed up with Mataperros (2001), India Pravile (2003), Soy tu aventura (2003), and Dos ilusiones (2004). His most recent film was Regresados (2007)His television career began in 1992with De la cabeza, a series in which he worked with actors and comedians like Alfredo Casero, Fabio Posca, Mex Urtizberea, and Fabio Alberti.
Posted by Liliana Simón at 4:07 PM No comments:

A famous person by Elizabeth

He was born in Morse, Buenos Aires, Argentina. He studied literatura since he was a child. He has had many jobs: he writed for many magazines, like Satiricon, or Humor, he had starred his own radio shows (Demasiado tarde para lágrimas, El ombligo del mundo, La venganza será terrible) .He writed many books, like Crónicas del Ángel Gris, Lo que me costó el amor de Laura, Bar del Infierno. He worked in TV, cinema and theater

Posted by Liliana Simón at 4:02 PM No comments:

Our blog has been nominated by

We all live in La Plata. We are between 14 and 16 years old.
We are very good students and we want to learn a lot. So we promise to use this blog.

We were nominated by

The day it snowed in La Plata